European strategy on Plastics requires all plastic packaging in the European market to be fully recyclable ♻ by 2030, which makes design for recycling necessary. Increase the recyclability of your packaging with our CumaPET grades instead of a PE top layer.

The most commonly used packaging in the meat industry consists of different polymers combined in a multilayer structure, for example PET and PE. For this reason, when this packaging becomes waste, it is deposited in landfills or incinerated because it is not recyclable.

For fresh meat and other perishable goods the shelf-life can be increased tremendously by applying a modified atmosphere during packaging. Besides the barrier property of the tray material itself, the performance of the seal between the tray and the lid is extremely important. Especially during packaging of fresh meat, some leakage of juices on the edges of the tray is unavoidable. Due to the composition of meat juice, a combination of high pressure, heat and time needs to be applied to obtain a gas tight seal. Under these circumstances, the physical structure of normal APET will change (crystallization), resulting in a bad quality seal. To obtain a gas tight seal, many producers apply a PE coextrusion layer to their APET tray. However, the poor recyclability of PE layers is a major drawback in terms of sustainability. 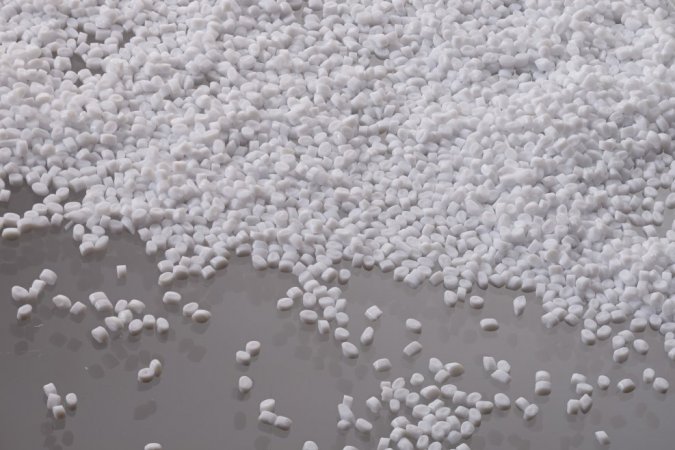 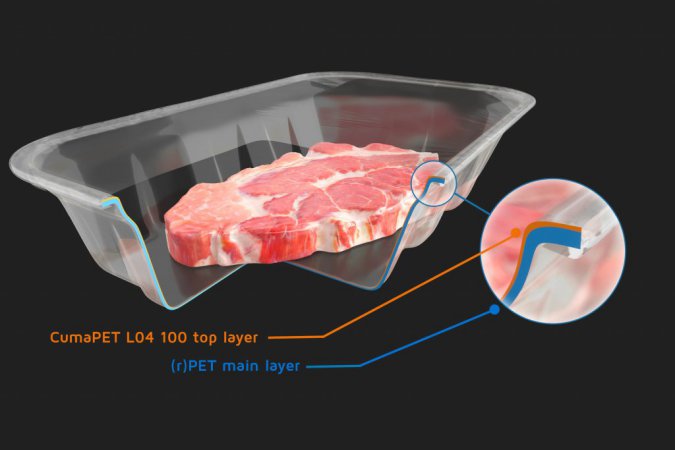 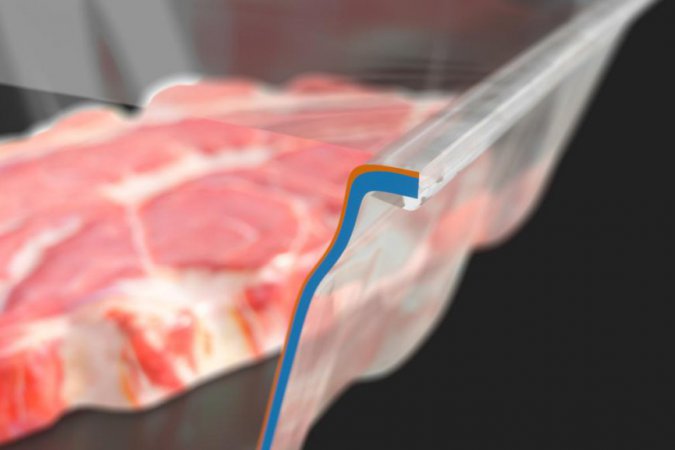 To tackle these issues, DuFor has developed the CumaPET grades, which drastically improve recyclability and sealability compared to standard PET grades. When re-extruding APET sheet, which is coextruded with a top layer made of CumaPET, the end-product will be completely homogeneous with the same clarity as 100% virgin material. CumaPET is characterized by lower melting and glass transition temperatures, which widen the processing window for sealing drastically. Further the packaging which is produced with CumaPET is fully recyclable, and of course so is the trimming waste which originates during tray production.

There are also more possibilities to increase the recyclability of your packaging with our other CumaPET types. Interested in our CumaPET  specialty grades?